Equipped with 4GB RAM and 64GB ROM memory, which allows you to run large-scale 3D online games and play various videos smoothly on the watch.Larger storage can store more music/video/fles, etc.on the watch.

Equipped with a camera directly in front and on the side, so that it has the same photo effects as the rear camera of the phone, allowing you to take high-quality photos at will.

Sports a IMX214 image sensor (the same as One Plus) , it has 13MP effective pixels, also it is auto focus. The IMX214 sensor features SME (Spatially Multiplexed Exposure) HDR technology, which means it could capture HDR video at 1080p 30 fps. We made the first smartwatch has the equivalent camera of middle-and-high-end smartphone.

Helio P22 features a 12nm manufacturing process and consists of eight cores based on the Cortex-A53 architecture clocked at up to 1.5 GHz. A Power IMG GE8320 at 650 MHz enables to run large 3D applications perfectly.

Android 10 is Google’s latest operating system. Compared with the previous version, Android 10 has made thousands of optimizations in terms of new feature experience, user privacy and security. It is by far the safest and most feature-rich Android system.
Has been greatly optimized and upgraded based on the Android 10 system. We have retained the night mode of Android 10, redesigned the entire system interaction and Ul icons, added various interactive special effects, and added a menu interface similar to Android Wear. 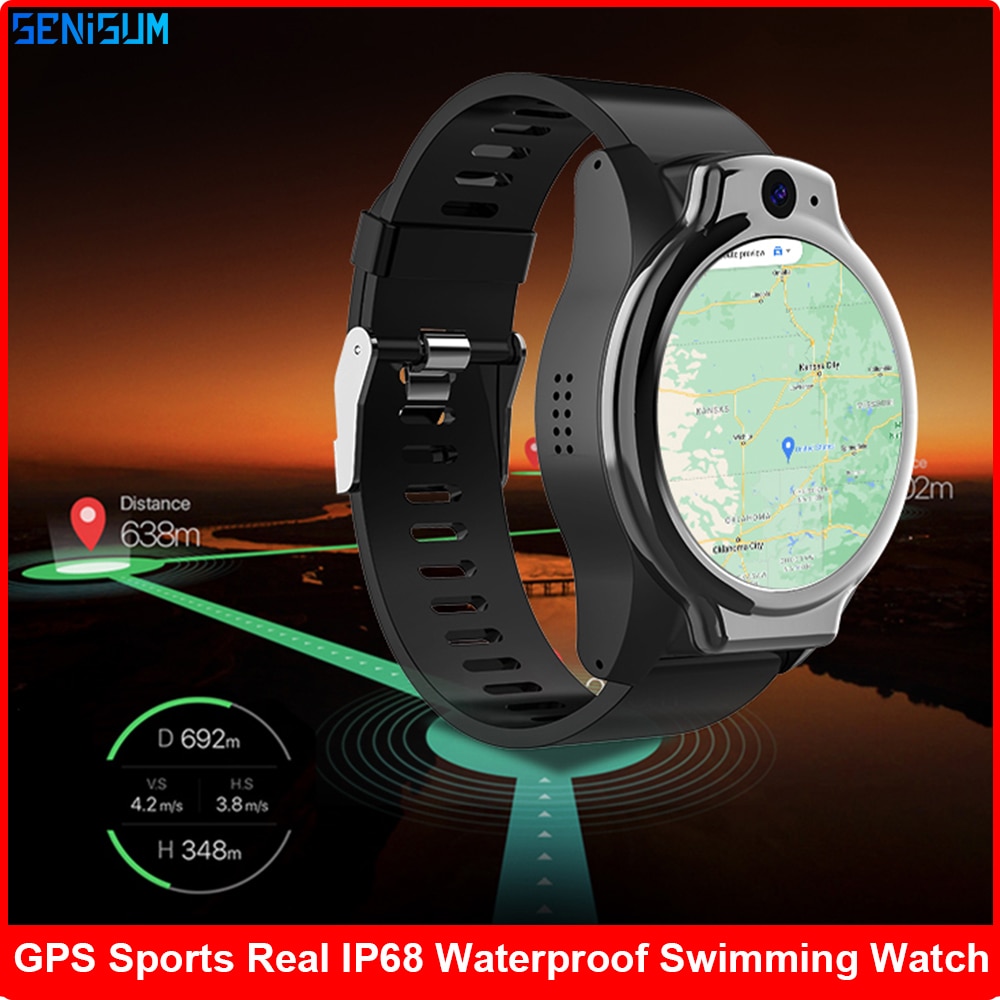 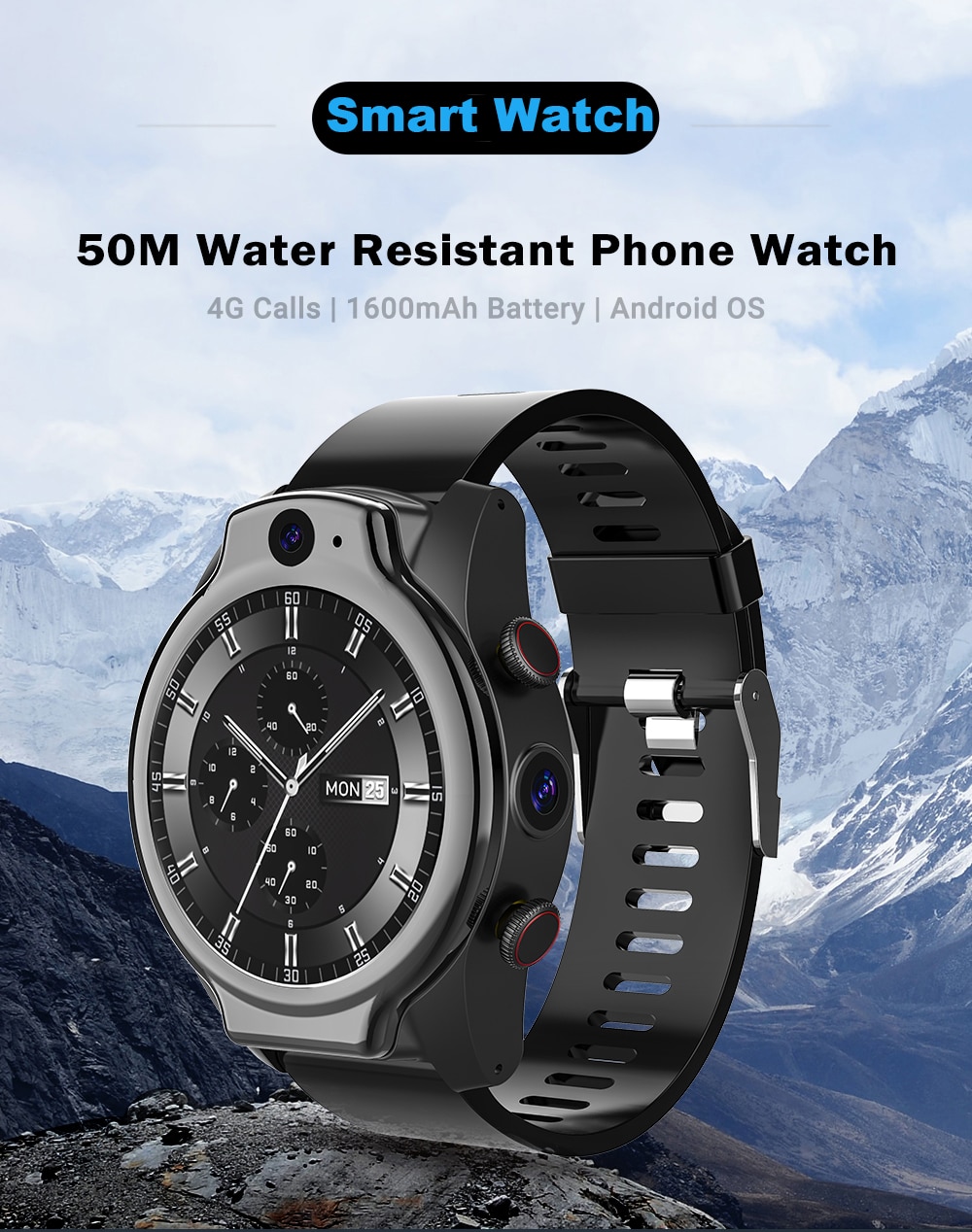 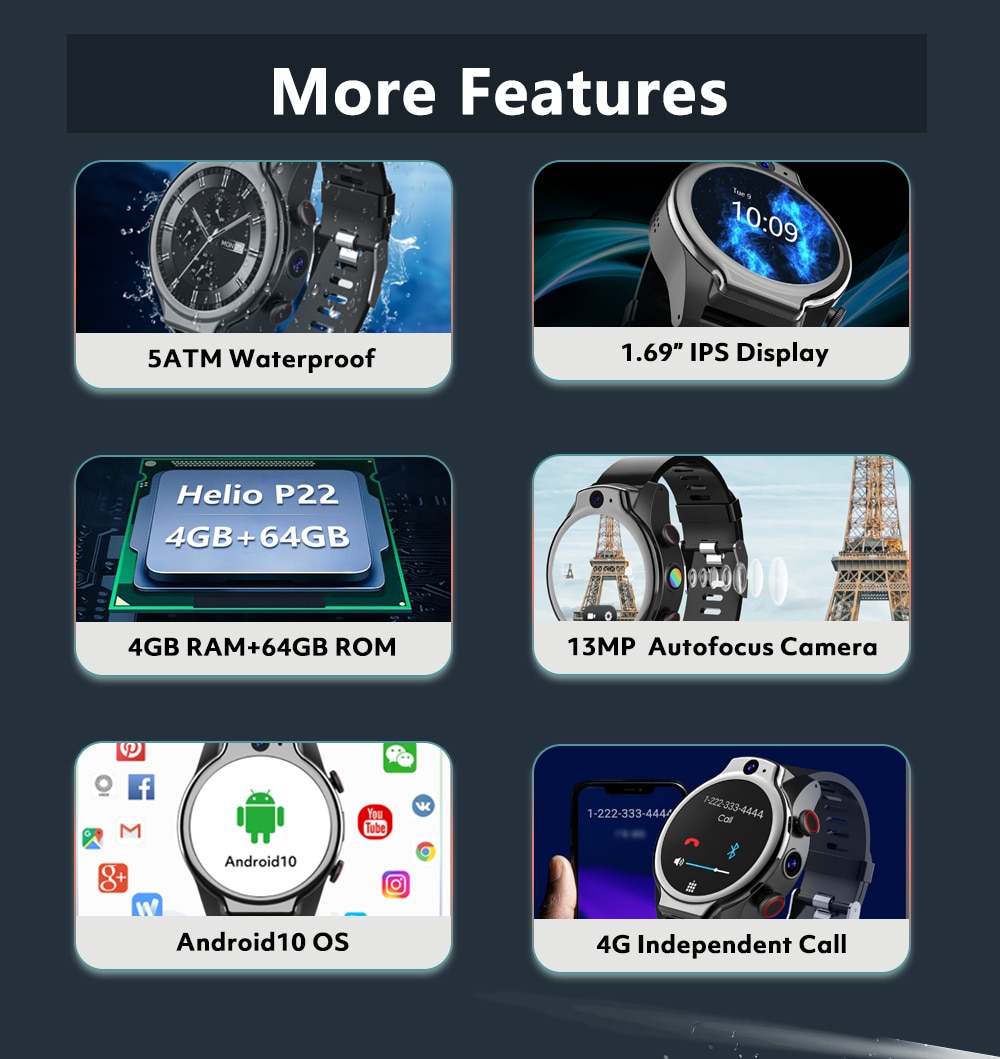 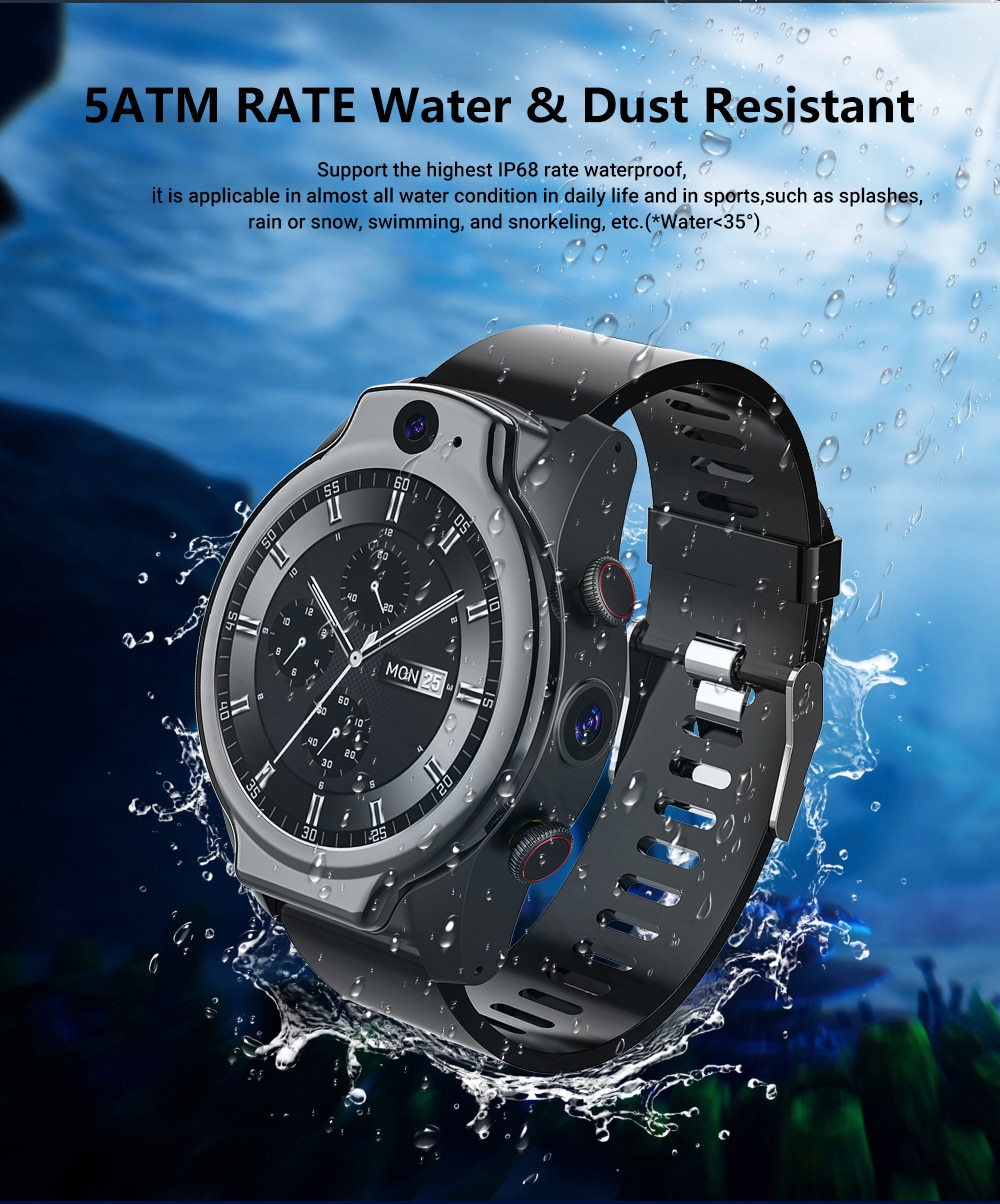 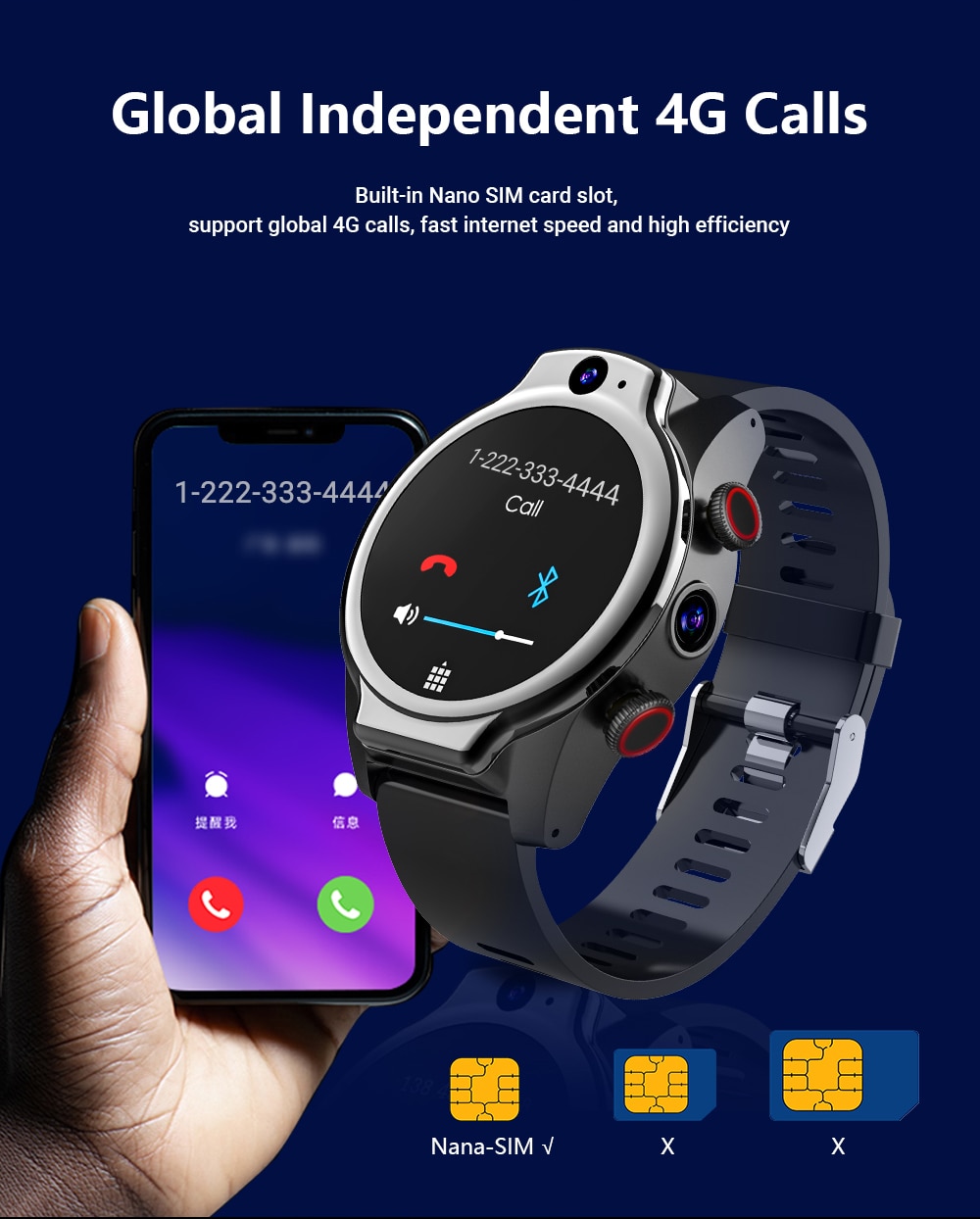 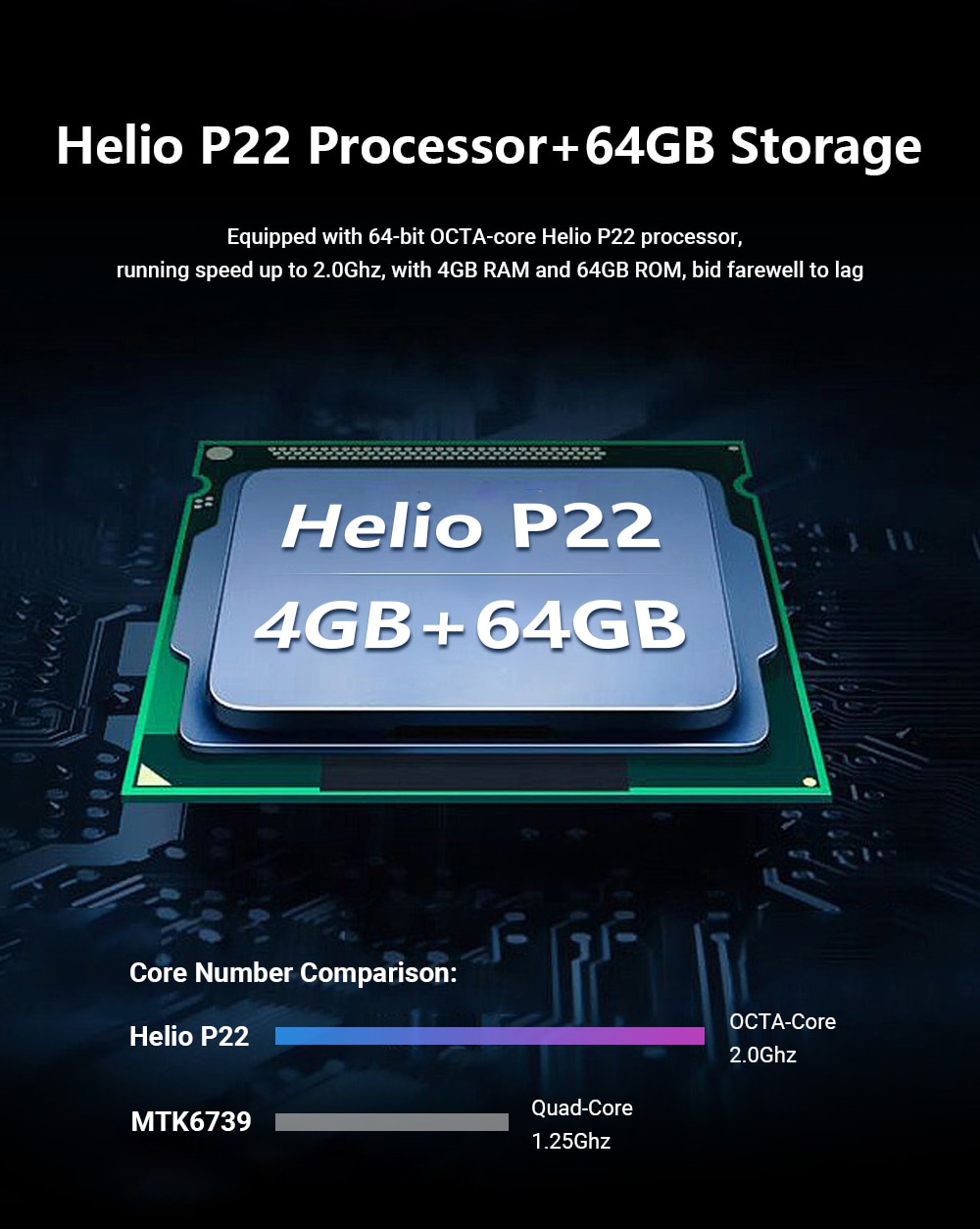 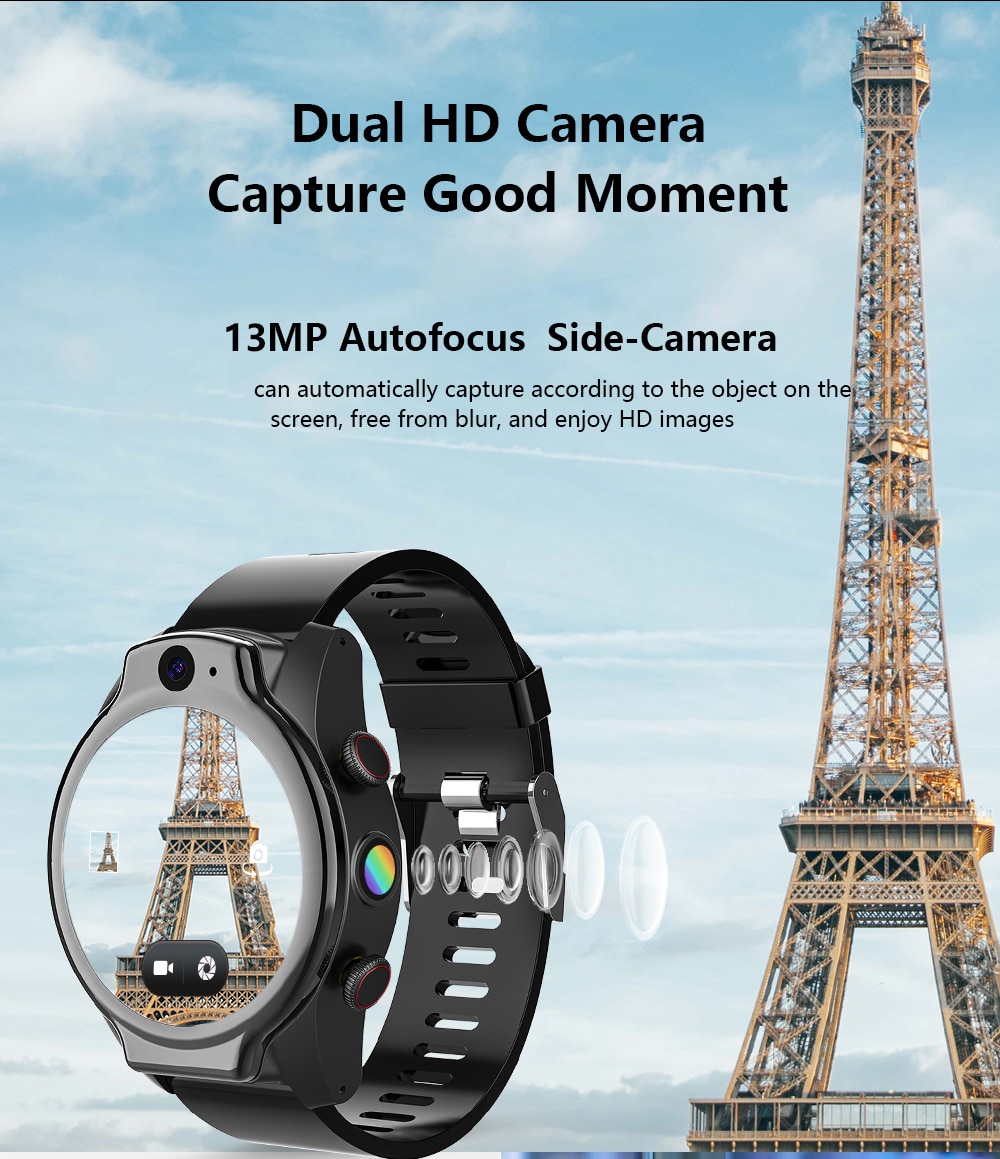 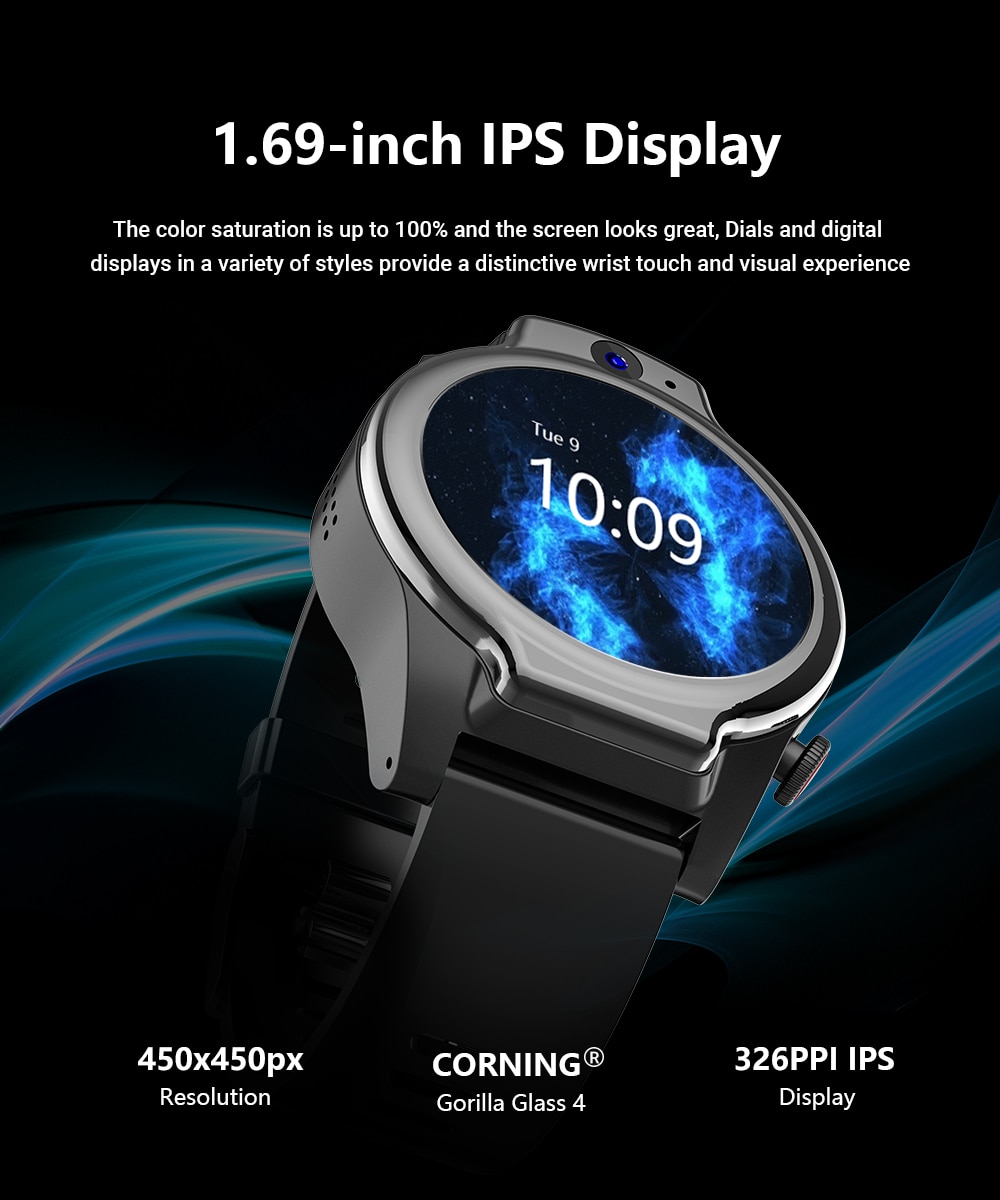 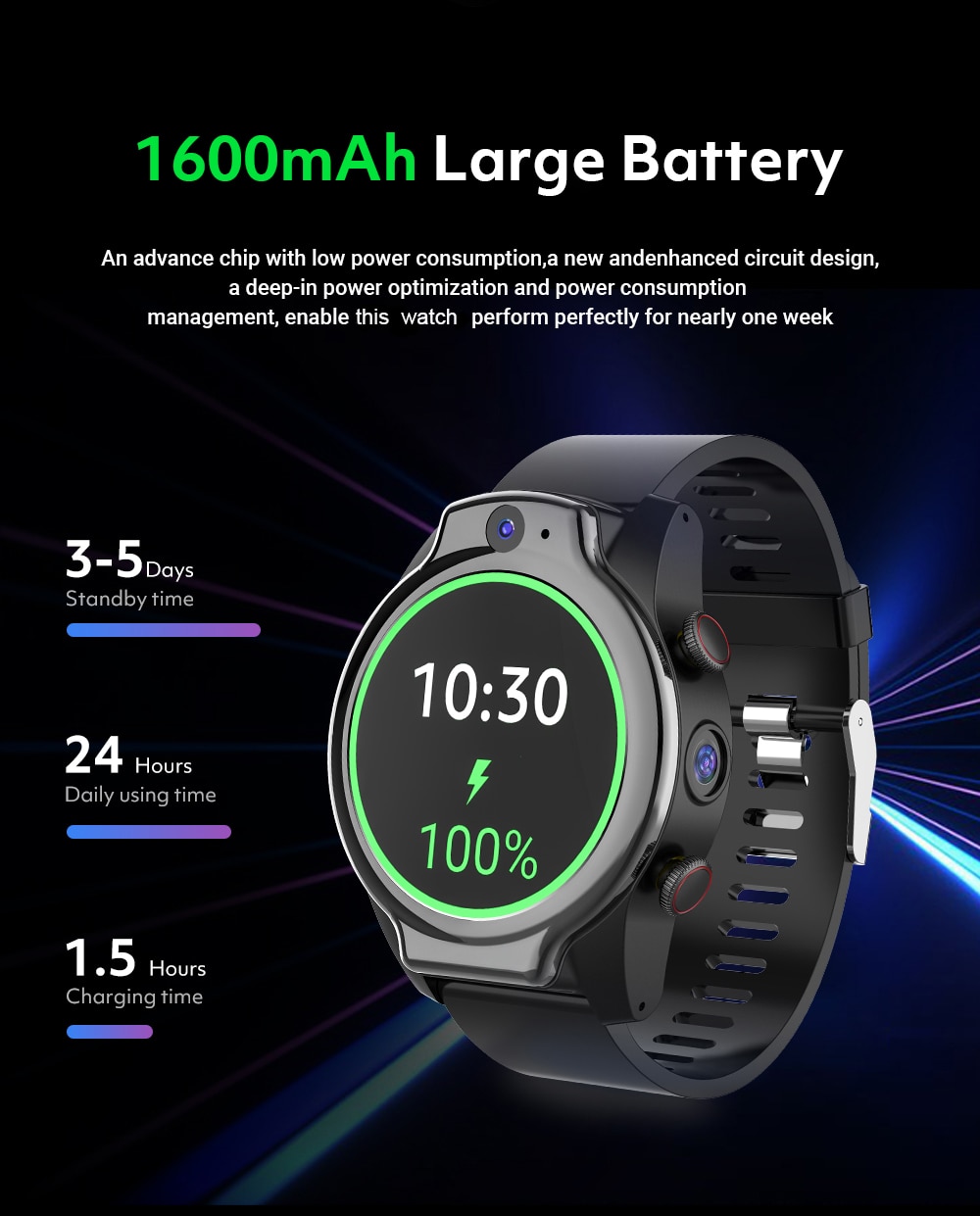 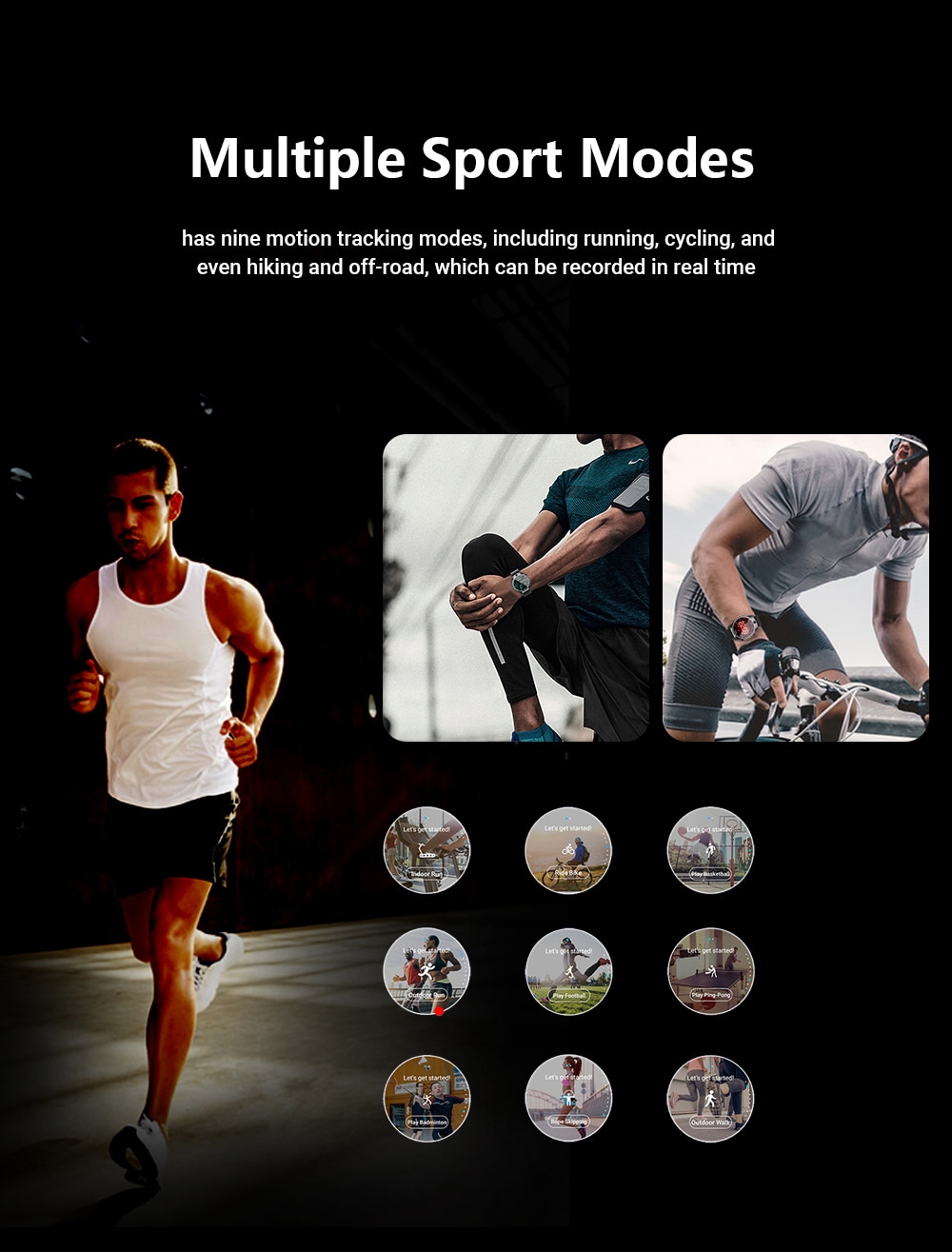